Review of Golden Stanley from a real client 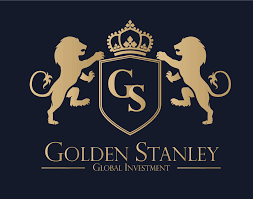 Hello everyone, my name is Oleg, and I decided to write my experience with Golden Stanley, and I have it.

For me, as for an ordinary person, all this was very difficult and plus did all sorts of stupid things. In general, I’m telling what the search for a part-time job led me to and how it all ended.

They called me from the Golden Stanley company and they say you were interested in additional income and registered with them. And I don’t even remember where I registered, but of course I am interested in additional income, who is not interested. Perhaps I really registered with them, because they know my name, mail and phone number. In short, it is not important. They began to ask me how much I want to earn, who I work for, by the way, I work as a laborer in Europe, it took a lot of time and it is very hard physically work, and I am already forty years old, what are my goals and how much time I can devote to this business well and other miscellaneous garbage, I don’t really like answering questions, don’t understand who. In short, little by little, they got me talking. They said that the company is located in London. That it has been on the market for more than ten years that it is a Russian-speaking department, and so on. In general, the conversation was about their company and what I want. Then they offered the opportunity to earn extra money on the Internet in the amount of three or four hundred dollars a month, of course it interested me, they said you buy and sell different shares that they offer me, I don’t understand this at all and did not get into it, on TV I sometimes heard about all sorts of bitcoins. I was assured that they would help me in everything and their experts would advise me.

Then they announced to me that I needed to register, I did it under the guidance of this guy Dmitry, I suffered for a very long time and it seemed like it turned out, they came to the deposit button and it turned out that I needed to invest at least two hundred dollars, I clearly did not count on this, that is, I want to make money, but it’s not clear where to put my money in this time, secondly, I don’t even have a European bank card, which I also told them, questions began in which city I am, what status of residence, can I make a card and how quickly and when I can put two hundred dollars on it, it seems to me that they were pressing on me at that moment, I felt like a kid, I was confused, mumbled something, I did not understand these terms at all.

Under this influence, I was sent to an ATM where dollars are accepted and money is credited to them, under this all I followed their instructions, they were almost constantly on the wire with me and prompted, then they wrote to me in WhatsApp that the money had arrived, the expert congratulated and told me the other day will call and wait. At that moment I didn’t really understand what to expect.

The next day I went to their page, entered the mail and password, the password did not fit, and in general, I entered the wrong password 5 times and was blocked. I was very worried, it all looked like a scam and I did not understand where and why I was sending money. But then I did not know that I myself entered it incorrectly, it turned out later, when the expert called, I had a button on my computer that makes all the letters big, the caps lock seems to be called, well, we figured it out and made a new password and I wrote it down.

The expert showed me a platform on how to buy and sell shares, some different charts, prices, what they generally are and what they do with them. A little bit I got into the course of affairs. We opened ten deals and then I closed them, well, for the first time I got a plus of seventeen dollars, we agreed to call an expert three times a week in the evenings. I roughly estimated that with such an income I would earn about two hundred dollars approximately, and far from the three hundred or four hundred dollars promised to me earlier.

The second call of the expert was opened by another ten transactions, but already for a large amount, that is, he explained to me that we were opening not for two hundred, but for two hundred and fifteen, in the end we earned another twenty dollars, although I thought that I could have made even more, for example, we would have opened not ten deals at twenty, but five at forty, in general, we traded ten more deals for about a week, for a total of two hundred seventy-five dollars on the account. But I was already on fire and I wanted more. It’s very reckless.

In general, in one of the calls, he again gave me ten deals and I had to open them, but the feeling of greed and excitement made me behave differently and I opened selectively five deals for fifty-five dollars and as a result I lost a lot when the deals were closed, my bill was equal to one hundred and five dollars. This made me very angry and pissed off, and then because of these nerves I ran into an expert a little and he refused to work with me because I do not follow his recommendations and, plus I do not have enough funds in my account, I should have at least two hundred dollars.

In short, I was given two options, the first one to add another hundred dollars and work with another Expert Advisor or trade on my own. Well, plus there were also proposals for a larger amount of investment from an expert earlier and at this stage, I have nowhere to take them, but I don’t want to get into debt, especially now. In general, I went according to the second option, for me it is like a casino, as a result, in a few days I lost the remaining amount. Which is very sad. Although it was not worth expecting otherwise, I opened trades at random and for different amounts, although a couple of bets were very successful. But it didn’t help much in the end.

For a very long time I thought about this whole situation and about this type of earnings, I was clearly not ready to trade on my own, and even now it is the same. In the end, I wanted to end all this, but the excitement and desire for profit made themselves felt. In short, in a few weeks I pulled two hundred bucks from my stocks for a rainy day and decided to try again, came to this ATM with bitcoins and could not replenish my account, I had to write to the Golden Stanley customer support service and they called me back, this time the girl Anastasia and helped me figure it all out and gave me a new shorter expert.

⦁The expert rubbed me in for a long time and told me that I should obey him and do only as he tells me, if I want to earn money, in general, without any amateur performances there. Well, in principle, I did this all month and reached a balance of four hundred and thirty dollars, the question arose about the withdrawal of money, the expert said that if I withdraw two hundred and thirty dollars, then next month I would earn about the same, and if you do not withdraw, then you can to earn more, I decided to think about it, it seemed like I wanted to touch the money in my hand, but I realized that next month I could hold even more in my hands.

As a result, I decided to withdraw a hundred dollars from the account, this is also a whole story. While I figured out how to transfer to this ATM with bitcoin, then how to withdraw, and I almost forgot to say that I had to send them my documents to confirm my identity, in one word I got worried, I think it will be easier the second time.

The second month I started with three hundred dollars, I gradually earned, I will honestly say that over time, my excitement faded, every time the same actions, in short, I stupidly follow the orders of the expert. We finished the month with an amount of six hundred and ten dollars, in short, three hundred and ten, we went with a plus, this time three hundred dollars have already been withdrawn, I understand that I could make more money next month, but the objects are closed, and you always want to eat.

As a result, today I earn about three hundred dollars a month for five months and this does not allow me to die of hunger during this difficult period for everyone, but the amount is not large, but better than nothing for me.

In principle, I am writing a review for only one reason, to say that you can earn extra money, but you don’t have to act like me, I lost money myself and then blamed everyone, you’ll drive quieter, it’s dangerous to take risks here, especially if you’re a layman like me in this matter. I also read a lot on the Internet, one writes got rich, the second went broke, the third earned nothing, the fifth was deceived, and the sixth is still something there. I understand that everyone has their own reasons and problems in this, or maybe it’s stupidly depends on luck, what kind of company is there, what kind of expert is there, and much more. In general, there is only one conclusion, you can try, you need to sell, and at least it is not in vain that they say that water does not flow under a lying stone. Of course, I do not believe that ordinary hard workers can earn millions on this, I think my whole life will not be enough, but it is quite possible to get some small money to support myself.

343 thoughts on “Review of Golden Stanley from a real client”